I remember the moment I fell in love with my oldest daughter. We were at a carnival and she was riding on some sort of ride that had her going round and around. Her hair was flying back behind her and she was laughing as she bumped back and forth with her friend in the seat beside her. In an instant, my heart just melted and tears welled up in my eyes and I knew she really was my daughter. Legally, she wasn’t part of our family yet and at 10 years old we were her second foster home and were just at the beginning stages of adoption. But at that moment, she would forever be burned in my heart, no matter what turned out in the court system.

God had placed adoption in our hearts many, many years before this moment. Through the heartbreaking circumstance of losing a child and the emotional roller coaster of infertility issues, we knew He was calling us in that direction. While we were amazingly blessed with two biological children, His call to adopt did not leave our hearts, it just changed direction. We began considering and praying about who He would have us adopt and the circumstances under which it should take place. There was no doubt that our call was to provide a home for a child who would have a more difficult placement than a newborn or toddler.

It wasn’t an easy decision to adopt an older child and honestly we had no intention of adopting a child older than any of our children at home. God had other plans and our little Hawaiian girl pretty much fell directly in our laps. An easy going, independent survivor she assumed her role as “the middle child” in our family without hesitation.

And any of you who welcomes a little child like this because you are mine is welcoming me and caring for me.  Matthew 18:5

It would seem that the story could end here, all sunshine and roses and happy ending, but it doesn’t. We are incredibly blessed to parent this child and have her as part of our family, but adoption is hard. As I speak with others who have adopted and we share our stories, I can see the relief in knowing that in the things we struggle with and the things we sometimes feel, we aren’t alone. Parenting is hard. Period. No doubt about it. The adoption element just adds a different dimension and dynamic for both the parent and the child.

As an adopted child of God, I know that this challenge is a privilege and an opportunity to extend to another the heritage that I have been given.

God sent his Son, born among us of a woman, born under the conditions of the law so that he might redeem those of us who have been kidnapped by the law. Thus we have been set free to experience our rightful heritage. You can tell for sure that you are now fully adopted as his own children because God sent the Spirit of his Son into our lives crying out, “Papa! Father!” Doesn’t that privilege of intimate conversation with God make it plain that you are not a slave, but a child? And if you are a child, you’re also an heir, with complete access to the inheritance. Galatians 4: 4-7

As in parenting any child, there have been challenges, tears and difficulties. That being said, we have never regretted the decision to love her and bring her into our family. There has also been much love, laughter and joy and to see her now becoming a strong, independent self-sufficient young adult brings pride and satisfaction to our hearts in knowing that we gave her the chance in life that might not have otherwise occurred.

How about you? Have you considered adoption?

In 2012, 23,396 youth aged out of the U.S. foster care system without the emotional and financial support necessary to succeed. Nearly 40% had been homeless or couch surfed, nearly 60% of young men had been convicted of a crime, and only 48% were employed. 75% of women and 33% of men receive government benefits to meet basic needs. 50% of all youth who aged out were involved in substance use and 17% of the females were pregnant. Source: AFCARS Report, No. 20,  Jim Casey Youth

Nearly 25% of youth aging out did not have a high school diploma or GED, and a mere 6% had finished a two- or four-year degree after aging out of foster care. One study shows 70% of all youth in foster care have the desire to attend college. Source: Midwest Evaluation of the Adult Functioning of Former Foster Youth

You don’t have to be a perfect family to be a good family, just have willing heart and the faith to just take a step. Get involved. Learn. Contribute your time and volunteer. Be the one to make a change for just one and together we can change the world.

For the person who just needs to know that this life they are living has value. For the parents who are watching their child slip into a world of pain and darkness.  For the young woman who struggles to get out of bed and face yet another day.  For the man who is losing his hope for the future.  For all of you standing in the perpetual storm, there are those of us who have walked through it too and with compassion and love, are reaching back to walk along side of you.

This is a previously shared story of my family… my daughter.

The mother and daughter walk along the beach where the water just meets the sand.  Her hair is in pig tails and the brightly colored pail is gripped tightly in her tiny hand as she gathers shells to fill it.  I hear the mother tell her, “Don’t get the broken ones… only the pretty ones.”  I gaze at my own daughter, a young woman now, her usual blonde locks now colored “Ariel Red” as she bends to examine shells for her own collection.  She is pretty, so beautiful… yet so very broken.  Today she is content and her heart seems at peace.  The marks on her wrist serve as visible reminders of the pain she feels in the depth of her soul.  A pain so deep and unrelenting that my eyes sting with tears every time I think of it.  Some of the scars are healing, some more red and angry and my heart feels as if it could burst because I want to make it better.  I long to go back to a simpler time when a scrapped and bruised knee could easily be fixed with a kiss and a Band-Aid.  A time when I could rock her to sleep, tickle her back “sof-y-ly”, and soothe the hurts that she can’t express.  The sharp, jagged edges of her broken places hurt me often and my mother heart longs for her to remember how cherished she is.  I plead with God to heal her heart and He reminds me gently of how broken I too am, and of how much He loves me even still.  Brokenness… it can be pretty; quite glorious and amazing even.  Christ was broken for me and there is no other picture of perfection and beauty that can compare.   I cry out in my frustration daily, but I know my Father sits patiently and listens with a tear in His eye, because He also knows the pain of watching your child suffer.

I am so tired and am learning to trust in God daily for strength.  She is broken, just as I am, just as you are, just as this crazy world we live in is.  Yet, she is so beautiful.  She is so much more than this moment in her life.  She is gracious, compassionate and giving, and that part of her being is seen in her love to serve and help others.  Her passion is to sing and dance and perform and she has been generously gifted by God with these talents.  I know He has great plans for her in this world.  Plans to show others His mercy and love through her own actions.  I pray she finds herself and that she can see herself, not through my eyes, but through the eyes of her heavenly Father where she is made whole through Christ.  Jesus took all of those broken pieces with their sharp edges when he died on the cross for her and he miraculously put them together the day he rose from the tomb.  She is perfect.  She is my daughter.

Romans 8:28
Meanwhile, the moment we get tired in the waiting, God’s Spirit is right alongside helping us along. If we don’t know how or what to pray, it doesn’t matter. He does our praying in and for us, making prayer out of our wordless sighs, our aching groans. He knows us far better than we know ourselves, knows our condition, and keeps us present before God. That’s why we can be so sure that every detail in our lives of love for God is worked into something good.

So we continue to amble slowly and quietly along the shore and pick up shells; whole shells, fragments, and pieces in all shapes and colors.  They are all “pretty ones” as they are all unique and the broken pieces tell the story of a life lived.  A story of having met challenges and struggles head on and of having survived and made it through those difficult times a stronger person.  As much as I want to, it’s not up to me to put all of the pieces together.  I just have to love every piece and part of her and rest in the comfort of knowing and trusting that my Father will take care of the rest.

As a follow up, my beautiful child will graduate high school in  a few months and has been accepted to the college of her choice.  I am so thankful for those who showed compassion and love to my family and to my girl as they walked us through this time. 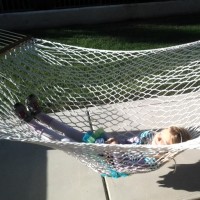 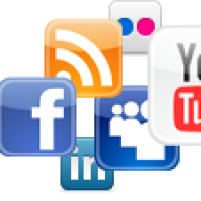 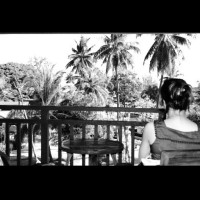 Welcome to my World

random thoughts 'n things from the life of jacob

Life solutions is a blog dedicated to the premise that there are spiritual solutions to all of life’s challenges and opportunities. If we will search for them, we will see them and life will look a lot more interesting!

I cluck, therefore I am

The humor and humanity of storytelling.

Putting My Feet in the Dirt

Thoughts and Perspectives From the Mind of a Common Girl

creating a home anywhere in the world

The Return of the Modern Philosopher

Deep Thoughts from the Shallow End of the Pool

tinyexpats.wordpress.com/
~Plucking Of My Heartstrings~

Life in the eyes of a chronic pain/illness parent

A blog about social media and higher education

Let's fall in love with life…all over again